You are here: Home / Adventure / Biking / A Hairy Yaari Challenge

Here is my vision — Eyal and I riding on a tandem bike screaming across the road to Eilat, the destination of a 300 mile ride. Oren is somewhere up ahead and Keith is somewhere behind… and the Shake, Rattle and Roll team is nearing the end of one heck of an amazing journey. A year in the making.

But every journey has a beginning and this one starts out in the emergency room. One of the few places where Eyal, Roni (Eyal’s wife), and me can get some quiet time to plan out a realistic training schedule that will make my vision a reality. But I get ahead of myself.

Eyal has Parkinson’s and at the tender age of 45 has already had a heart attack. He spends his waking hours tethered to his computer where he gets the mental stimulation to keep awake. He is the definition of sedentary; body wasting away in real-time. This is the white elephant that no one knows how to make better, how to accept, or how to deal with.

This white elephant has been sucking the chi out of us for years and it’s about time to stalk this white bastard, confront him and take him out. And like it or not, I’ve been told by the powers that be that I’m the one best suited for the job. My chosen weapon is not an elephant gun, but a bike. A tandem bike.

My plan is simple, pick a hairy, audacious goal. One that seems impossible now, but one that’s completely aligned with the Yaari universe. We love being backed into a corner and then creating a possibility so large as to be labeled ridiculous and then going after it just because it’s the right thing to do. Damn reality.

So when I approached Eyal with the idea of biking across Israel next year to help celebrate Oren’s bar-mitzvah, he didn’t call me crazy. He realized that I laid a massive Yaari-Challenge at his feet. I didn’t ask him to enroll in a rehab program for cardiac patients, I told him we’re planning on 300 mile ride through the Israeli desert and when we get to the Red Sea where going to scuba dive. And was he in or out?

Deep in my heart I know that the challenge is immense. We’re dealing with a man that will have to shift his body and soul 180 degrees and subscribe to the “1 percent theory and the rest is practice” paradigm. In other words, put his mind to rest and get on a spin bike and start paddling. For someone who lives in his mind this will be huge. Perhaps the greatest challenge of his life.

So when I called Roni one day to arrange for the three of us to meet and see how we can accommodate 3 spin classes/week with our insane schedules, she told me she was just about to take Eyal to the emergency room. He was not feeling well. In one fell swoop all my plans were shattered. Instead of looking at gym memberships, I was yanked to the reality of Eyal’s frail condition. Maybe the others were right this was a crazy idea.

I hopped into my car to meet the ambulance at the Huntington hospital, but I did take the spin class schedule with me. Seeing my brother being wheeled in to the ER made me sick and angry. Here he is again, pail, frail and facing the possibility of a second heart attack. And I was powerless.

But once he settled into the bed and all the initial tests came back negative, we found ourselves with some quiet time, which was what we were trying to arrange in the first place! I took out the spin class schedule and laid it on the bed, it was time to have our meeting after all. And If ever there was a time and place to create a hairy, audacious possibility, this was it. All three of us are well versed, trained and certified in creating possibilities. So instead of falling prey to panic and worry, we set ourselves to doing our work.

P.S — please visit our Israel Ride site...that was created by Oren (my 12 year old son) and find out about the team, our cause and get inspired to give us a push.

Share !
Previous: My Light
Next: Shake, Rattle & Roll: Ride into the future 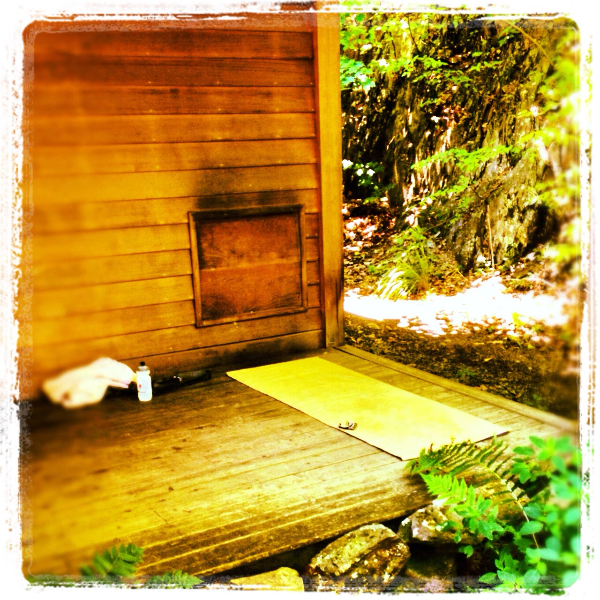