You are here: Home / Body and Soul / Yoga / The Quest for Power and Grace

The Quest for Power and Grace

I have been practicing yoga for years. Not sure why, but I think that anyone whoever drove a station wagon, x-country skied or ran long distances must have explored yoga at some point. So wherever I traveled, I would inevitably stumble into a yoga class. I was not supple and yoga did not come naturally, but somehow it made me feel right and I left it at that.

Ten years ago, I found a wonderful teacher, Jeff Logan, who introduced me to Iyangar Yoga. I practiced diligently under Jeff’s guidance for years. Jeff taught me the fine art of body alignment and staying light. But it wasn’t until I watched my friend Edina practice Ashtanga yoga that I realized my practice needed a new direction.

Edina held most of the poses I practiced, but she held them for only 5 breaths each and then she moved gracefully to the next pose. It seemed like a well choreographed dance. Every pose was a preparation for the next. There was order between breath and motion. I was intrigued.

However, it was at Stacy’s studio that I started to grasp the full potential of the Ashtanga system. The first thing I noticed was that the room was warm and the students were sweating. The primary series of Ashtanga takes about 90 minutes to finish and goes through some forty postures and countless connecting flows, or vinyasas. Fifteen minutes into my first class, I knew the challenge was huge. I was sweating profusely, the poses seemed challenging and my breath was labored. I had to stop to avoid a meltdown.

I leaned against the wall, wiped the sweat from my brow and just watched. Across the humid haze was a lithe women moving through the sequence with power and grace. Every pose held to perfection, every movement linked to a breath and every aerial takeoff and landing done with a swish. She didn’t labor. She was beautiful, inspiring  and oh so sensual. She was in total control of her body. I know beyond a doubt that this was a practice made for me and that one day I would master it. I was hooked.

I also knew this would be a lifetime project. I wanted to own the sequence, to master the breathing, to become a moving meditation. I wanted to float over the mat. I wanted power and I wanted grace.

However, the first thing I learned about the quest for power and grace is that being eighteen is a hell of a lot  better than being fifty! My body was rebelling. Keep in mind that this practice was invented by little guys jumping around in loin cloths in the caves of India, not information warriors tethered to their screens for days at a time.

I had to scale back my ambitions. I had to adopt a new strategy to my approach to mastery and to love the practice itself not the end result. I had to think in terms of geological time scale for reaching new goals. In short, I needed a new paradigm for evaluating progress or this yoga was going to kill me.

In my search I read an exceptional book by George Leonard called ‘Mastery’. In it Leonard emphasizes that you should practice diligently, but practice primarily for the sake of the practice itself. So rather than being frustrated while on an endless plateau, you learn to appreciate and enjoy it just as much as you do the upward surges that happen when they happen.

We are trained for instant gratification. We don’t apprentice. We get turned on, we Google, we download and we expect to know. We get addicted to accomplishing and if it doesn’t come easy, we move on. On the flip side, the master simply anticipates the plateau. He doesn’t fight it, stress about it or quit. He practices dedication and practices diligently, for the sake of the practice itself. If nothing else, Ashtanga has taught me to love the practice and to dwell in its fine tuning. The acrobatics come later.

After practicing Ashtanga for a few years, I’ve mastered very few poses, but I did master some. I have flashes of genius where my breath is perfectly synchronized and my energy and concentration builds with each movement. But they are only flashes. My quest for mastery still seems a long way off.

Maybe someday power and grace will come while practicing outside on a dock at sunrise. I’ll roll out my mat across the planks and start with the sun salutations and flow from there. My mind will be free to roam beyond my quest for perfection and I’ll be absorbed in the coming together of the horizon and a body fully fit to explore it. After all, maybe a body fit for adventure is all I’ve been wanting in the first place.

Share !
Previous: The Road to Eilat
Next: My Light 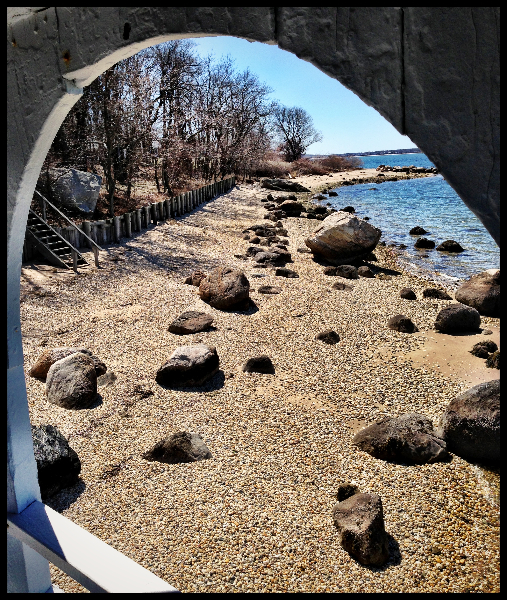