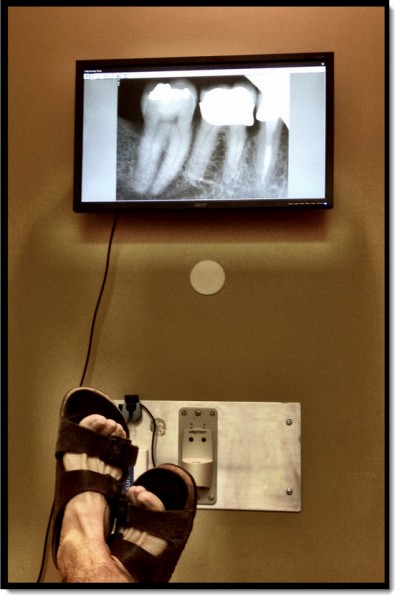 It struck me like a two-by-four. My teeth are going to fall out sooner rather than later and there is nothing I can do about it. While I was staring at a fresh set of dental x-rays, my less-than-diplomatic dentist delivered the prognoses: “Your gums are receding at an alarming rate and now the bone line beneath your gums looks like the low tide mark during a new moon.”

Translation: Don’t get attached to your teeth. 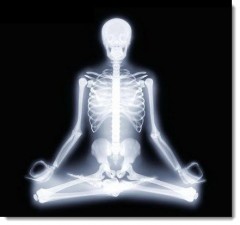 As a yogi I’ve been practicing non-attachment, but this is getting ridiculous. Body parts that I’ve grown to love and cherish are growing rusty and preparing to make their exits. “The x-ray highlighted for me the reality that sooner or later, everything dies. There is nothing I or anyone can do about that.” My body, my family, my house, my work… you name it – they all are coming and going.

I’m beginning to get what my yoga teacher, Beryl Bender Birch meant when she created a sweatshirt campaign to celebrate impermanence. It featured a skeleton in a lotus position. Ok, I get it Beryl, but how do we let go of the illusion of permanence and embrace the shifting sands with grace? Is practicing to be present enough?

And if you ask me why you should bother to do that, I could tell you that the grave’s a fine and private place, but none I think do there embrace. Nor do they sing there, or write, or argue, or see the tidal bore on the Amazon, or touch their children. And that’s what there is to do and get it while you can….

Which leads me to quote Christopher McDougal from his book, “Born to Run,” about the reclusive Tarahumara Indians of Mexico’s deadly Copper Canyons (for centuries they have practiced techniques that allow them to run hundreds of miles without rest and chase down anything from a deer to an Olympic marathoner while enjoying every mile of it):

“And if I really wanted to understand the Tarahumara, I should have been there when this ninety-five-year-old man came hiking twenty-five miles over the mountain. Know why he could do it? Because no one ever told him he couldn’t. No one ever told him he oughta be off dying somewhere in an old age home”

Translation: Screw the boundaries we set for ourselves.

I think what I’m hearing from my dentist, Beryl, Joan and Christopher is that we are dying every day, but there is an incredible amount of living and celebrating to do before we take our final savasana. The trick is not to hold on to anything too tightly (including teeth) either from the past or the future and spend as much time visiting the present. Sounds simple, but I wonder why it’s so hard to do.

In keeping with this summer’s theme of impermanence, in a few weeks Elizabeth, Sue and I are heading to Burning Man — an annual art event and temporary community of over 50K people based on radical self-expression and self-reliance in the Black Rock Desert of Nevada. At the end we burn, pack, and leave no trace whatsoever. If ever there was a place to celebrate impermanence and limitless thinking this may be it. Stay tuned for further updates.

Till then, I’m turning flossing into a moving meditation and celebrating my teeth any chance I get.

Share !
Previous: Rock me Mama anyway you feel
Next: Listen To The Beat 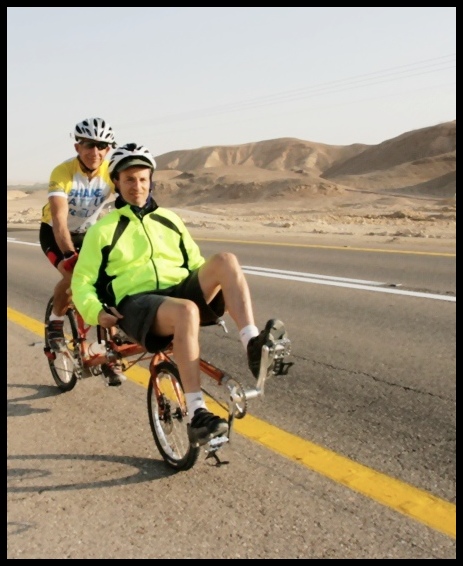