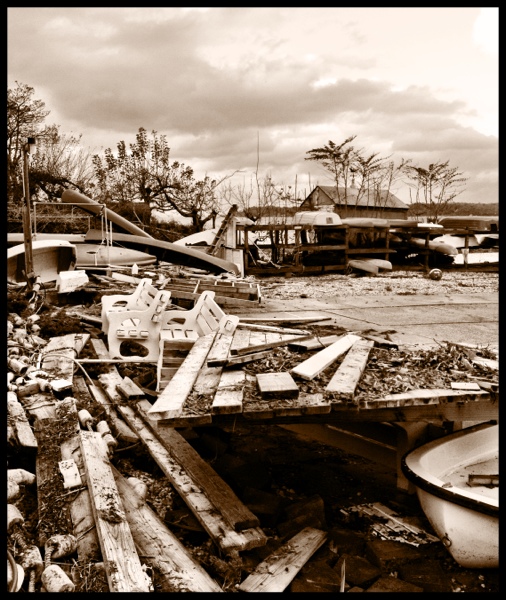 When Hurricane Sandy’s full fury struck on Monday night, I peered outside to get a measure of the force. The sound of the wind whistling through the trees was like a loud drone. It increased in pitch and was becoming terribly powerful.

My father-in-law Charles – 79, who is visiting us from England seemed visibly shaken. He paced in front of the sliding glass door looking upwards and listening to the deafening wind. He later told me that it reminded him of being evacuated as a child from his home near Dover during WW2. I could imagine that the droning of the wind must have sounded like a bomber circling overhead. The darkening night along with its uncertainties brought back memories from seventy years ago. He was scared.

My Mom Ilana – 76, a holocaust witness, who we evacuated from NYC before the storm hit with a badly infected gum, was pacing the room with a rising panic. She decided that the emergency room would be the safest place to ride out the storm. She didn’t want to be trapped at home in case she needed immediate care. My wife Elizabeth drove her to the ER through the worst part of the storm. There is no one like Elizabeth.

The next day Elizabeth had a breakdown. Images of CNN’s coverage of Sandy’s devastation combined with a sleepless night set her off. She was terrified that this storm was the start of things to come and as a family we were not prepared to face the new reality. Our survival skills were lame and she would have non of it.

My favorite part of the ordeal were the evenings when my family and close neighbors converged around our wood burning stove, the only available heat source. No lights and no internet. No one rushed and no one tweeted. Instead we feasted and we talked. Why leave the bosom of your family to face the devastation outside. There was no WiFi anyway and nothing to miss.

For now everything important to our security and happiness was seated around the hearth.

Share !
Previous: It all started with a bike ride – see the movie!
Next: Dharma Vigilante 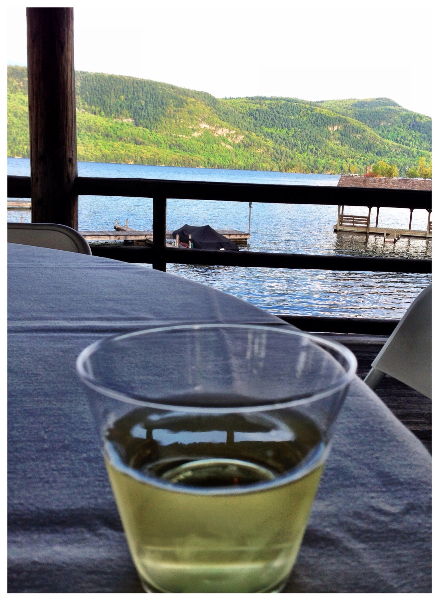